This product is a bacteriophage T7 RNA polymerase derived from recombinant protein expression in Escherichia coli. It catalyzes the 5'→3' synthesis of RNA on double-stranded DNA from its T7 promoter sequence (5'-TAATACGACTCACTATAG*-3') and uses NTPs as substrates. The DNA with double-stranded linear blunt ends or 5'protruding ends can be used as templates for T7 RNA polymerase, so linearized plasmids and PCR products can be used as templates for in vitro synthesis of RNA.

Note: G* is the first base of the RNA transcript.

This product is produced in accordance with GMP regulations and provided in liquid form.

T7 RNA Polymerase GMP-grade products are shipped with dry ice and can be stored at -15℃ ~ -25℃ for one year. 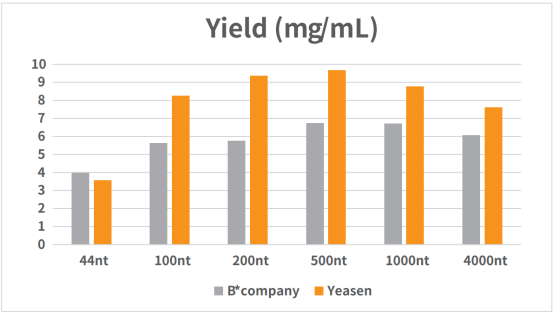 The reaction was incubated in PCR instrument at 37℃ for 2h, and then purified by magnetic beads (Cat#12602). The yield result was analyzed by NanoDrop spectrophotometer as shown in Figure 1. 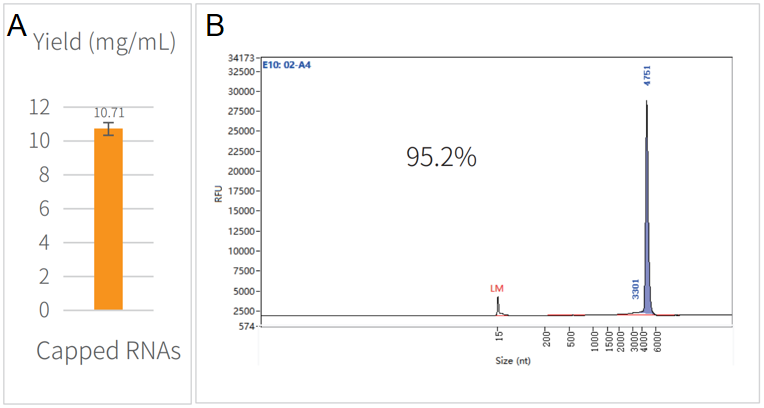